I accidentally wrote a poem in a dive bar.

I was half interested in the drink I was stirring, and I was sitting in the notoriously isolated end seat of the bar where you can only hear the third and seventh words your friends are saying when a gaggle of girls walked in. I say gaggle because when they laughed they honked, and their large gold jewelry clattered and sparkled to the beat of the Rhianna song they had just chosen on the jukebox. They grabbed each other’s arm with every accentuated “I know” and spilled their vodka tonics with each swing of their Berkin bags. They were as distracting as a bedazzled family of geese crossing the interstate.

Everyone turned to see.

No one that rich comes into the bar. No one that beautiful comes into the bar. It’s tucked away on purpose like the last piece of pizza you hide yourself in the back of the fridge so your roommates don’t eat it for breakfast. It even has the vibe of a reheated slice of  pizza; warm, with strange drafty, cold spots, and a little stale with the smell of last night’s cigarettes. It’s terribly comforting.

As I tilted my head towards the smell of Lancôme La Vie est Belle and Kat Von D Saint Eau de Parfum that was wafting through the door, I caught the eye of the woman closest to me. She gave me a “we know each other, do you know me, I know you, I can’t tell if you know me?” smile as she twirled a curl around her finger.

I stared blankly, blinking openly at her face for a few seconds and then quickly feigned interest in the bottles of cheap whiskey hanging from the ceiling. I like to play it cool like that so that people don’t think that I’m strange.

“You don’t remember me.” She said. It wasn’t a question.

I looked up at her, doing my best to combine a nod, a head shake, a shrug, and a smile all at once, but confident my expression was a mirror of Billie Ellish at the Oscars. I revert back to middle school Mary when pretty girls talk to me, nervous they will tease me for my weight, or my weird humor, or my split ends.

She was gorgeous with the kind of curls in her hair I’ve tried 100 times to do with a flat iron. It doesn’t matter how many YouTube videos I watch, I always end up looking like Ms. Hannigan after she’s had mop water thrown on her. The Carol Burnett version, to be sure. 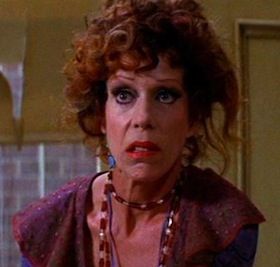 I listened as she told me we had every class together in undergrad. I confirmed that we had the same major, down to the specialties and the minor. I listened as she talked about how she never wanted to be a middle school teacher, and how she can’t believe she spent so much time in all those classes. I listened as she talked about all the hard math classes and how she never thought she was smart enough. She talked about her kids, and asked me about mine, not particularly noticing when I said I didn’t have any. She stays at home with hers now in a nearby suburb where salaries are in the six to seven figures, something she seemed both proud of and frustrated by. I listened to the brand of her lip gloss, and her well-informed thoughts on education reform. I listened and agreed, and nodded, and smiled, fully conscious of both the absurdity of her needing my attention, and my split ends.

Her night at this reheated pizza bar seemed to exhilarate her and depress her. She had so much to say, and wondered aloud if there was enough time tonight to say it all, as her friends took shots behind her, handing her the small liquid glasses for her to down in between turning back to me with another thought, the whiskey registering as a subtle blip across her already furrowed brow.  When she would turn away, I’d grab my phone and jot thoughts into the notes app, hoping to be able to fully capture this strange encounter later. I was the Bob Woodward of the dive bar. Why were these women here? How had they chosen this place? Why had this woman remembered me? What was it that she was really trying to say?

“Come on, I need to smoke.” She said, tossing her hair at her friends, who seemed uninterested in the fact that she had drifted three feet down the bar towards a stranger in sweat pants. I glanced at my sweatpants, noticing a stain on the right thigh and remembering the chicken wings I had had for dinner. They sounded achingly better than following this person outside for cancer, but I was intrigued by her simultaneous exuberance, loneliness, and poise. She was a dolled up version of me, at least for for four years of college. Same beginning, same motivations. Same classes, same plan, same goal. She spent the same Thursday nights writing proofs, and the same senior year practicing for her nearly impossible oral calculus class. We were told the exact same futures by our exact same advisers but we ended up with very different endings.

She lit her cigarette outside with a deep inward breath, delicately guiding me by the elbow to help me move out of the way of her exhale.

“I love my boys.” She said looking straight into my eyes through the haze of carbon monoxide and hydrogen cyanide.

“It sounds like it!” I said, almost pronouncing the exclamation point like a voice to text in case I dared to sound doubtful like a “bitter childless woman”.

She paused for a few soft minutes. I would describe it as a comfortable silence, as though we had known each other for years, but apparently we had.

“This is fun!” She said smiling.

And then we were done.

I never caught her name.  All that was left of the peculiar stage show that took place under the lights of a Bud Light sign were the semi-poetic notes in my phone. My slightly absurd, creepy, quirky, attempt at perfunctory journalism.

The geese played a few more Rhianna songs, and then at the request of the other patrons, switched to country, which brought the girls back together in a huddle of singing and sloshing glasses, and Berkin bags, and slightly disheveled, though still ever so perfect, curls.

My name is Mary and I'm fantastically normal. I'm also in that painfully boring, tragically poor stage of my life where diets are less about vanity and more about the inability to purchase bigger pants. I gather that when I am somewhere between 32 and 41 I'll appreciate this time of my life and even have a little nostalgia for when Ramen noodles and tap water were the hors d'oeuvres at my house warming party. I work in the world of community engagement which is as vague as it sounds. I know little to nothing about love, except that try to use every bit of the love I have to give on a daily basis. I want nothing more in life than to grow up and write like Nora Ephron. She is, in my opinion, the easiest writer in the world. She wrote like people talk and I love to have conversations with what I'm reading . I also love a smattering of books/columns/plays by: Rona Jaffe, Carl Bernstein and Bob Woodward, Chuck Palahniuk, Khaled Hosseini, Joel Stein, Charles Dickens, Doug Wright, Elizabeth Gilbert (non-fic), Kathryn Stockett, and Jane Austen. View all posts by Mare

2 thoughts on “On Love and Poetry (Yes, Poetry)”